⇐ Back to the beginning of the blog
12.07.2018tags: Article, ICO auditRussian link | English link

Despite the good business rating and rave reviews, from the technical point of view the project UBEX looks like a technical scam: the development plan is not disclosed, instead of the plan – water, release of tokens on the verge of foul, softcap – deception, technical level of the first product (smart contract) – extremely bad, fees of $7 million can not be checked.

UBEX is perhaps the most popular ICO in July 2018. It has collected a very large number of interested people, many revived reviews, videos, laudatory speeches, and positive forecasts have been ordered on the Internet. But…

The article considers a audit of the following objects of the ICO campaign at www.ubex.com, conducted by CryptoB2B on Jule 12, 2018, commissioned by a private investor: 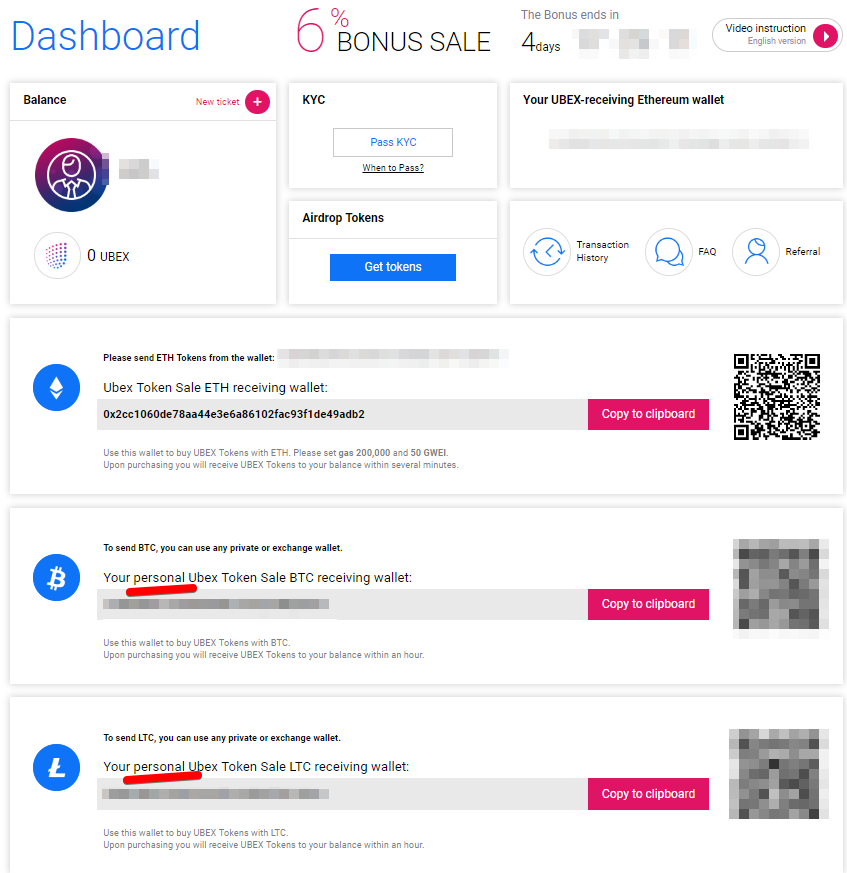 Receiving money in ETH is carried out to a single address 0x2cc1060de78aa44e3e6a86102fac93f1de49adb2, and to receive BTC, LTC (possibly something else), personally generated wallets are used for each user. This gives at once a package of potential threats and problems.

Conclusion: potentially vulnerable; cheap development; it is impossible to audit.

From this page it can be seen that the company’s programmer from the wallet 0x474e028b9710bef801D3a0bA3c282e729C0e3591 received tokens at the publication of the contract, thanks to this code

Further, the main smart contract only distributes tokens, and only for ETH. Tokens for non-ETH will be distributed at the request of the builder, and the remainder at his own will probably promise to be burned.

You think that no one will use point (4), because all honest? I have no doubt that the foundation is honest. But only until the fund (or, more precisely, the fund’s intermediary) comes to him and he says “I’m ready to invest $ 1 million in you, for which I want a double bonus from your maximum possible bonus for tokens + 30% of the money in the form of a rollback”, then the builder easily agrees to such conditions. Of course, these are assumptions, but the point is that a careless attitude towards a smart contract allows in this case the founder to remain completely unpunished and not even consider this as an infringement on the rights of all other investors.

Conclusion: a critical disregard for the ideology of the detachment; critical lack of investor rights.

A separate example of the poor quality of a smart contract

In each transaction, a function is called:

I did not go into the logic, why it does it, but it’s obvious by the names that this is the setting of the current ICO bonus.

These requests were made at different times with pauses in a few days. This means that the programmer personally switches the bonus.

Conclusion: not a vulnerability; there is nothing critical; violation of the rights of investors; low level of skills in preparation for the ICO.

Very beautiful diagram on page 31, designers – well done! True, the picture does not explain anything from a technical point of view.

It’s a lie. The processes are not described in any detail, how exactly programmers are going to do real-time searches in the blockchain to get a response. How it works in centralized SQL is all clear. The main function of the system with a very beautiful name is simply not explained. How are they going to make a banal filter + sorting objects?

Only six months ago we in CryptoB2B.io did an audit of exactly the same project HOQU.io (there are generally dozens of the same ones), only there was less pathos (about neural networks). Thoroughly with the programmers, they discussed how they are going to do a trivial search and where there is blockchain. Of course, in the course of a couple of answers it turns out that the main page of the project site or its mobile version will absolutely definitely be forced to use SQL.

In principle, on page 32 the authors write “Consider such a node as a black box”. Just a black box. Know-How. Secret. OK.

Next comes the normal description (33 and 34 pages), as everything should work, fairy tales about DSP-1. Everything is fine, except for the following:

On pages 35-37, the authors of White Paper tell the reader what a neural network is. Ok, but what does this have to do with the project? And why keep a potential investor for a fool who needs to be explained? Although, judging by the large amount of fees from investors …

The very essence of the project is described in the chapter “Neural Network Model” on 38-41 pages. If you delete a picture, empty space and empty text (because of the list), you get about 1.5 pages of the essence itself, which should explain “What do they do there?”.

About half of the key text describes what are the parameters in the advertising networks, such as the arguments: the cost of the ad, the user parameters, the key settings … And what these numbers can be added. But, sorry, but then what ??

Where at least some hints, how exactly will the programmer implement the neural network? And on what will you teach it? Than does not arrange usual targeting in already existing networks? How will you retrain the network when changing the model and the set of arguments?

Perhaps I do not know how to read between the lines, but I have not found a single hint of the technical side of how the authors are going to decide something. Technical juggling of the term – I see. The answers, or rather even the slightest hints – no.

Of course, all written this personal opinion and value judgment, and the guru of neural networks on the 2-nd formulas will understand the secret meaning and, especially, about its connection with the blockchain …

Forecast. Implementing functions on normal SQL. And to otmazatsya for the responsibility to investors, the imitation of copying reports in the blockchain backdating.

Threat to the project

Judging by the WP, the project will be done on the detachment. Judging from my experience, it is impossible to make key and simplest functions (search, sorting) on ​​a blockchain , but only on traditional SQL or noSQL databases. None, even the smallest component of the system, will not do without SQL.  The project, if it will be done, will not be exactly on the blockchain , although the founders will imitate the blockchain function. Similarly, with neural networks. I praise for the attempt to develop them, but I doubt that the key engine will really use them, and not imitate.

This gives investors a reason to sue the company for breaking promises, because it is already clear that it is impossible to fulfill promises. Make a project without blockchain and raise the price of the token – yes, it is possible, I wish good luck to both the project team and investors.

I do not know how the project will prove the collected 7 + million dollars, it is probably impossible. But the rest of the money can be collected in a normal public mode on a platform that does not have the described shortcomings. Anything to advise you to correct in the current situation is impossible. The approach to the ICO does not stand up to any criticism and maliciously discredits the ideology of the detachment, although it collects money for its ideas. This is not the type of bug that can be fixed by changing a few lines of code or closing a vulnerability, you need to re-do everything from scratch. In the current approach, the value of the token is completely absent, so changing the platform during ICO is not a problem in which tokens will be released on an honest algorithm.

If investors believe the founder and the collected 7 + million really is, then everything is fine. On an honest word, you can also implement projects.

Technical rating of the UBEX project

The team’s openness to the audit and answers to uncomfortable questions? Did not conduct (neutral): 0.
[-10 = hostility, 0 = not conducted, + 2 = open to cooperation]

Subjectively, prize points for IT technology: for trying to develop neural networks (positively): +2.
[0 = not evaluated, + 5 = positive]

* – following the results of a quick examination of the smart contract, tk. the cryptob2b programmer has not yet looked for less obvious errors, will be done a little later and this will be an occasion to revise the assessment.

The final technical rating of cryptob2b for the sum of the indicators: 0 out of 10, the score is very bad.