⇐ Back to the beginning of the blog
30.07.2018tags: Article, ICO auditRussian link | English link

This report contains an audit of ICO Skyfchain, conducted in CryptoB2B on July 30, 2018. Were studied the smart cotract, methods of collecting money, protecting investors rights, honesty and publicity of the process. As a result, gross violations of any aspects of the ICO have been identified. For example, the collection of money is carried out in suspicious locations, there are facts of a huge software wind up of monetary transactions, a smart contract is announced, but it is only a screen and in fact does not take any part in the ICO. Overall technical level of the project: extremely bad.

A smart contract contains an infinitely large number of ways, when the founder (if desired) can select / not pay tokens to the investor, and also keep as many of the tokens within Hardcap as he want. Usually such ICOs are classified as fake, where tokens are once emitted into the founder’s wallet and then somehow distributed. Several cosmetic techniques have been added here, somehow ennobling such a gross violation of the rights of the investor.

A smart contract creates 100% of tokens for different wallets at once:

Further, it is supposed to somehow bypass some management systems to raise money (and not a smart contract), and after payments it is supposed to transfer tokens from the personal wallet of the founder (with 528 million tokens) to the next investor in the volume of its acquisition.

At the end of the ICO, it is assumed that the founder must call the finalize () function and burn the remaining tokens.

The simplest thing you can think of is that the founder does NOT call the finalize function and all the remaining tokens remain to him. No way to force the founder to do this – no. In normal systems, when the collection of money carries out a smart contract on its account, the founder is forced to call finalize if he wants to receive money from this contract. The similar logic of the smart contract work stands next:

Transaction analysis https://etherscan.io/txs?a=0x5dd0815a4cf119ad91ba045bbbf879f3f7de3c68& states, that there is mainly used the distribution of tokens for AirDrop and other marketing programs.

Each transaction uses 1 token address. The smart contract developer has such a low qualification that he does not suspect the existence of arrays and the ability to send tokens at once to 100-200 recipients in one operation. This number of transactions is meaningless and harmful for Ethereum – they do nothing, hammering the lock with garbage in the style of CryptoKitties.

On other sites was found information that the project has Softcap. It’s a lie, it’s missing. On the website of the project information is also not there. Other auditors can use the archive.org site to find out how the founders of the project announced the ICO at the beginning of the fees and whether there is anything suspicious here.

Unfortunately, unlike the infinitely large rights of the founder, investors have the same zero rights. And, because of the lack of code, it is impossible to point out specific violations of rights, everything can happen:

Enumerate threats to the investor does not make sense because of the actual absence of a smart contract, which somehow organizes the process of selling tokens.

As noted, the money goes past a smart contract. Individual addresses for BTC are used: 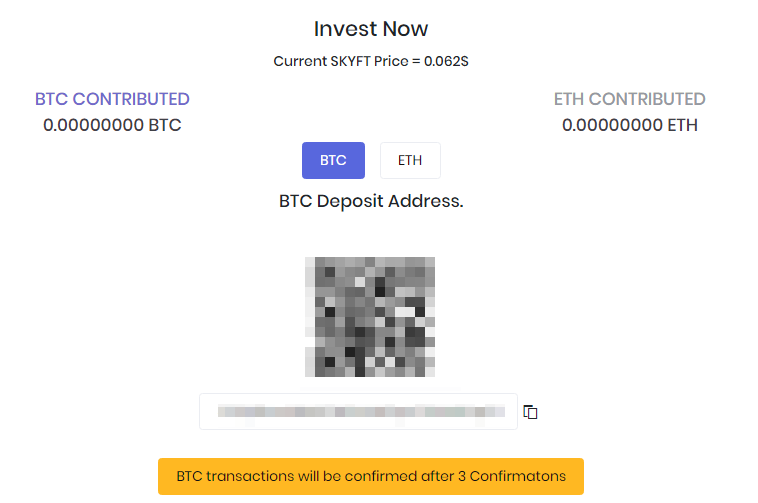 When checking the blockchain transactions – they are not there, i.e. the collection does go to the personal address created for each investor.

When the Personal Cabinet issues an individual wallet (not a general wallet) for payment to the investor, it does not have any tools to check whether this is correct. When the fees go to a single wallet for each blockchain, then before payment it can be checked – in the telegram channel of the project, in the almost dead Bitcointalk, in White paper, in other places.

If one of the following occurs:

then the investor will not be able to protect himself from this. Even with all his desire, such methods of organizing the Personal Cabinet are a bad practice associated with facilitating the programmer’s work on identifying payments (roughly speaking, this is due to laziness, inexperience of developers, cheap product, total disregard for the need to be ready for audit).

If the described problem happens, the investor does not prove that the site caused him to transfer money to the wrong address. When ICO uses a single collection address for each blockchain, in the event of a break-in, it becomes known to everyone, especially company employees, quite quickly (panic in the chat, as a rule). With individual wallets – the problem can not be detected as long as desired. The threat of loss of collected money is a threat to the welfare of the whole project.

A beautiful picture from the site hints that the user’s money goes into a smart contract, including USD (!). In fact, payments arrive in chaotic places, and the picture is false. 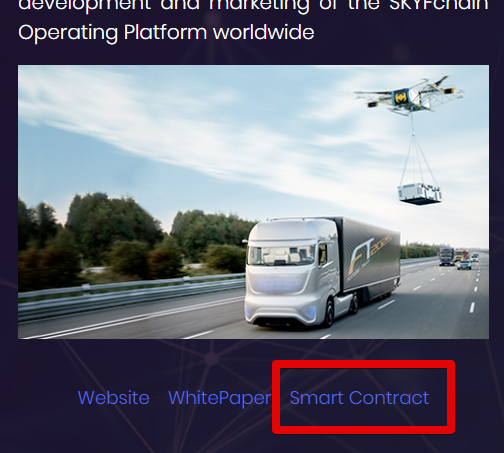 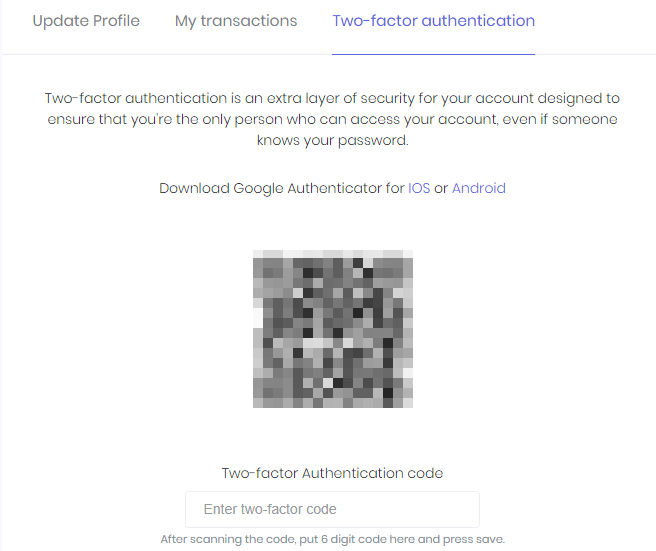 2FA is a useful and necessary function. However, according to statistics, almost no one will voluntarily include it. Consequently:

In ICO platform from CryptoB2B there is no useless 2FA, but there is a compulsory and immediately included three-factor (multifactorial) authorization, which acts imperceptibly for the user. If a hacker somehow gets access to a user’s account, it will not bring him results. 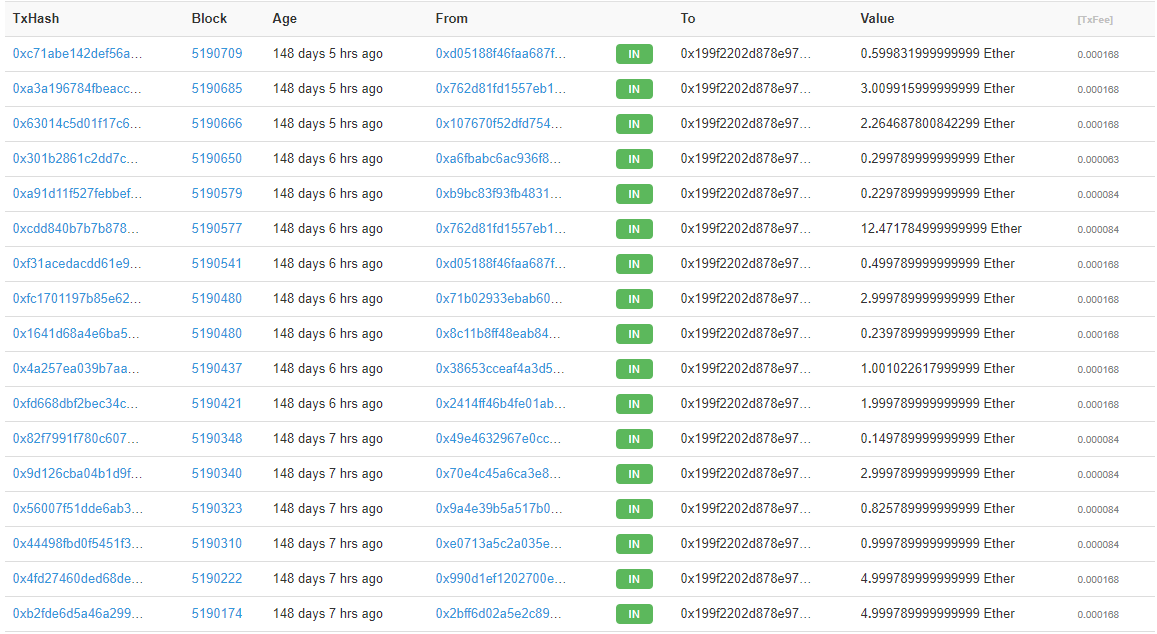 A large number of nines (not shown in full, see Information about each transaction) speaks about the program nature of these operations. When people invest, the amounts are rounded in different ways. In addition, people do not put an equally low or constantly repeating transaction price (the last column). It is difficult to find the reasons for these anomalies, the most likely reason is to “rent money” or “run around the money” when they come and fall from the account for which funds are received for ICO. These operations Personal Cabinet shows as investment in unimaginable amounts by the number of participants, compared to which the most popular ICO can not boast.

As it was noted above, the collection procedure is arranged so that there is no way to check how much money was collected. Because of this, it is possible to suspect the founders of any fraud, which is beyond the scope of this technical report.

In addition, a simple information about the company’s progress is horribly organized. Here’s what’s on the site:

There is no way to understand:

This idea of usability makes it possible to understand how the founder of the project relates to the quality of the information flow. This can be judged by the quality of the main product that the company will create in the future.

The personal cabinet is replete with various reports. But:

The whole system is built in such a way that any analyst / auditor can easily blame the project for fraud. Non-transparent money collection mechanisms and the distribution of tokens are an easy basis for accusations of anything. However, in this review only technical principles are considered, and not the motives of the founder, therefore, no conclusions (except for the most obvious nonsense) are being made. The document is an estimative judgment of its author and in general the company CryptoB2B does not doubt the good intentions of the founders, and also wishes successes in the implementation of the project.

Technical rating of the Skyfchain project

Are the main functions of the project related to the blockchain? Not evaluated, +0.
[-10=not have, 0=have, +10=ecosystem]

Adequacy of the tokens sale, protection of the interests of investors? Awful (negative), -10.
[-10=violations, 0=did not evaluate, +5=fair ICO]

The quality of the code, errors in the smart contract? Low quality (negative), -3.
[-10=errors found, 0=not evaluated and/or no errors found, +5=good quality]

The team’s openness to the audit and answers to uncomfortable questions? Have not analyzed,+0.
[-10=hostility, 0=not conducted, +2=open to cooperation]

Final technical rating of cryptob2b for Skyfchain project: 0 out of 10, rating – Extremely bad.